Patna: 92 people died in various districts of Bihar on Thursday (June 25, 2020) due to lightning strikes, confirmed Bihar state disaster management authority. The highest number of deaths was recorded in the Gopalganj district with 13 deaths.

The thunderstorms claimed lives in 24 districts of Bihar in which 8 people died each in Madhubani and Nawada, 7 died in Punia, 6 each in Baghalpur and Siwan, 5 each in Darbhanga, Banka, East Champaran, and 3 each in Khagaria and Aurangabad.

Two people each lost their lives in West Champaran, Kishanganj, Jamui, Jahanabad, Purnia, Supaul, Buxar, Kaimur, while one death each was reported from Samastipur, Shivhar, Saran, Sitamarhi, and Madhepura districts. 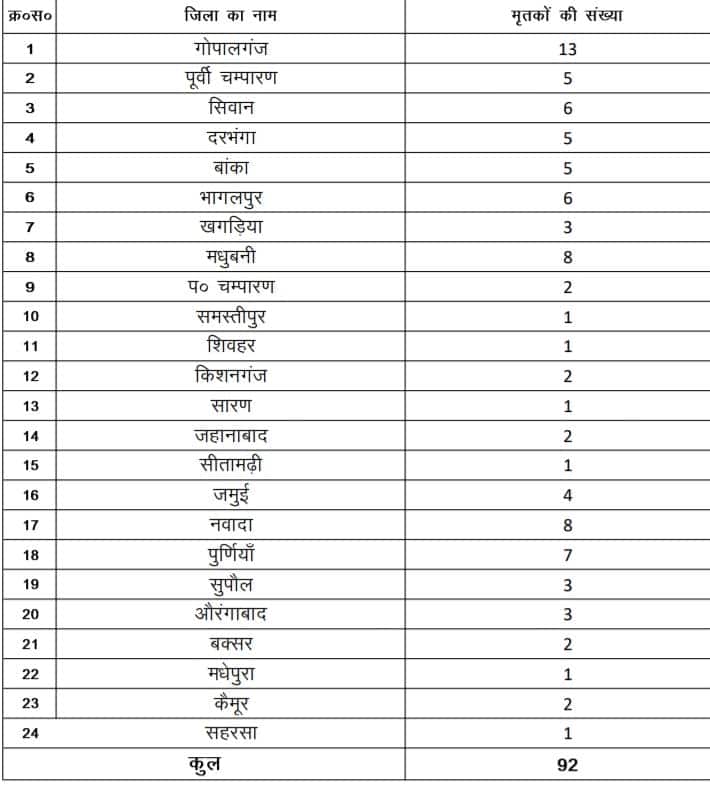 Most of the people who died were reportedly working in the fields. The injured have been admitted to hospitals.

As of Friday, about 10 districts are in the Red Zone. Of these, heavy to very heavy rains are predicted in East Champaran, West Champaran, Gopalganj, Sitamarhi, Madhubani, Supaul, Araria, Kishanganj, Purnia, Saharsa, and Madhepura districts.

IMD broadcast on Friday said that thunderstorms, lightning accompanied with light to moderate rain is likely to affect Patna, Nawada, Jehanabad and Samastipur during the next few hours. 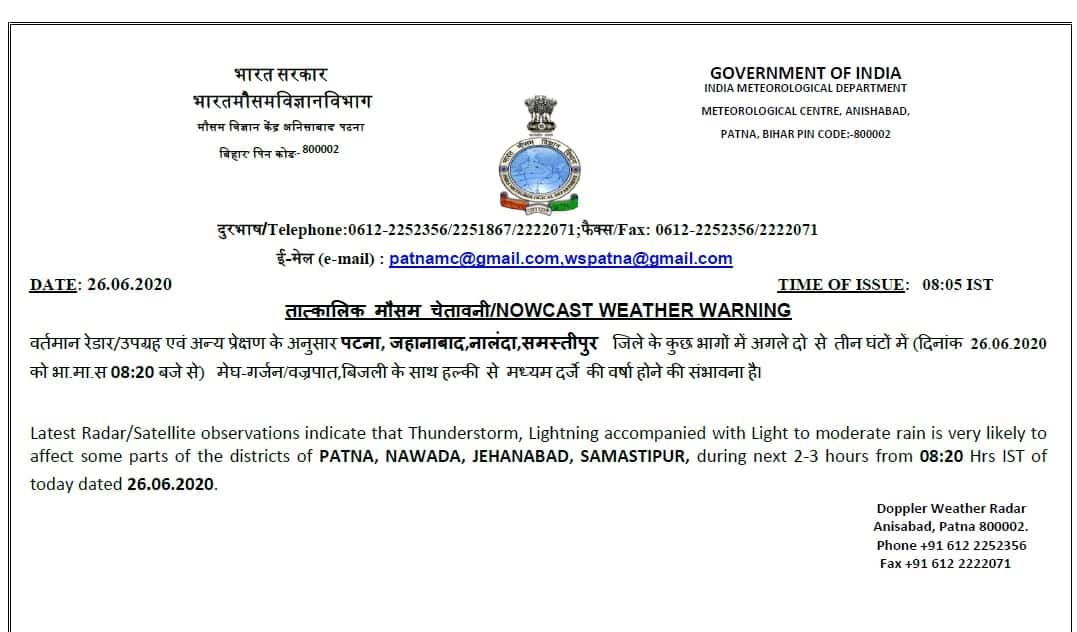 On Thursday, Bihar Chief Minister Nitish Kumar announced Rs 4 lakhs each for the families of the deceased.

Heavy rain with thunderstorms and lightning has lashed various parts of Bihar even before the onset of the monsoon in the state.

Congress rattled, may face a fate similar to that of MP, Rajasthan in Chhattisgarh, says BJP leader | India News